This Soup Helps You to Stay Healthy 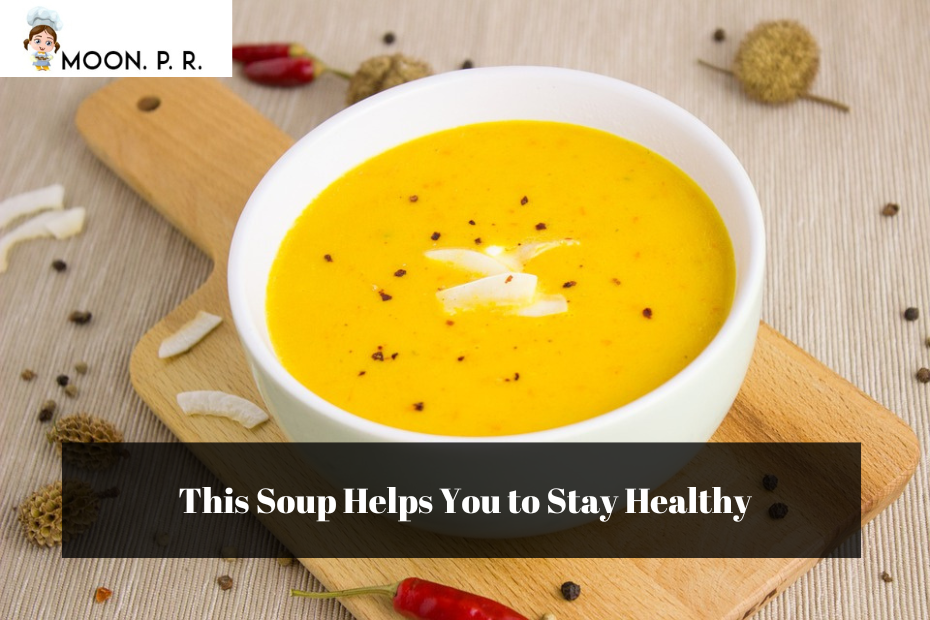 Soup is a popular and healthful food that may be consumed as a main course or an appetiser. It’s a terrific way to get a variety of veggies and other components into your diet, and it’s a filling and soothing alternative during the colder months. It may be tough to identify which soups are the healthiest options when there are so many different varieties available. This article will investigate the numerous elements that contribute to the healthiness of soup, as well as the leading competitors for the title “healthiest soup.”

The healthiness of soup is determined by its ingredients first and foremost. Soups cooked with a mix of veggies, lean meats, and whole grains are often more nutrient-dense than those made with processed foods or large quantities of added sugars and harmful fats.

Characteristics of A Nutritious Soup

Vegetables  Look for soups that contain a range of vegetables, such as leafy greens, root vegetables, and cruciferous vegetables, as they are rich in vitamins, minerals, and fibre.

Soups containing lean proteins, such as chicken, turkey, or tofu, can help you feel full and satisfied while supplying essential minerals, such as iron and B vitamins.

Whole grains, such as quinoa, brown rice, or whole wheat pasta, may offer fibre and essential minerals to a meal, such as B vitamins and magnesium.

In addition to the components, the preparation of soup can also affect its nutritional value. In general, broth- or stock-based soups contain fewer calories and fat than those cooked with heavy cream or butter. Similarly, soups produced with fresh ingredients as opposed to canned or processed items are typically healthier.

Now that we’ve identified some of the important characteristics that contribute to the healthfulness of soup, let’s examine some soups that are typically regarded to be healthy selections.

Chicken noodle soup is among the most traditional and healthy soups. This broth-based soup often contains a variety of vegetables, such as carrots, celery, and onions, as well as chicken as a source of lean protein. It may also contain whole grains such as noodles or rice, so making it a balanced meal.

Tomato soup is another healthy choice for soup. Tomato soup is rich in the antioxidant lycopene, which has been associated with a decreased risk of various cancers and heart diseases. In addition, it is rich in vitamin C and other minerals. Look for tomato soups produced with fresh tomatoes and little added sugars while shopping.

Another healthful option is minestrone soup, which is often cooked with a combination of vegetables, beans, and whole grains. High in fibre and protein, it may serve as a full and substantial dinner on its own.

Soup prepared with split peas, a kind of legume that is strong in protein and fibre, is another nutritious alternative. It is frequently prepared with a variety of vegetables and is a strong source of vitamin A and iron.

Miso soup is a classic Japanese soup made with a broth base and miso, which is fermented soybean paste. It is generally low in calories and fat and an excellent source of zinc and manganese.

Which 10 Soups Are the Most Popular?

There are innumerable varieties of soup to pick from, as it is a staple in many cultures throughout the world. Others are robust and nourishing, while others are light and refreshing. According to polls and research, the following are the ten most popular soups:

This traditional soup is comprised of tomatoes, onions, celery, and other spices. It may be eaten hot or cold and is frequently served with grilled cheese.

This soup is composed of chicken broth, noodles, and chicken pieces. It is frequently provided to those who are ill, as it is thought to have healing characteristics.

This variant of chicken noodle soup is created using beef broth and beef pieces. In several East Asian nations, it is commonly eaten with a variety of veggies.

This Italian soup is cooked with a variety of vegetables, including tomatoes, onions, carrots, and beans, in addition to rice or pasta. This substantial and satiating soup is ideal for cold days.

This soup is comprised of clams, potatoes, and an assortment of veggies. In the northeastern United States, it is typically eaten with oyster crackers or crusty bread.

This Japanese soup contains miso paste, tofu, and an assortment of veggies. This light and delicious soup are frequently offered as an appetiser in Japanese restaurants.

This flavorful soup is comprised of caramelised onions, beef broth, and several spices. It is typically served with cheese-covered crusty bread.

This tasty soup is comprised of black beans, onions, peppers, and other spices. Popular in Latin American cuisine, it is frequently served with rice.

This soup is comprised of roasted butternut squash, onions, and an assortment of spices. It is commonly served with crumbled bacon or a dab of sour cream during the autumn and winter months.

This substantial soup is comprised of split peas, ham, and an assortment of veggies. It is frequently linked with comfort food and is a popular choice on chilly days.

Overall, these are some of the world’s most popular soups. From rich chowders to reviving miso soup, everyone may find a soup to their liking. There is a soup that will fulfil your demands, regardless of whether you want a light and healthy alternative or a full and filling dinner.

Is Consuming Soup Every Day Healthy?

Daily consumption of soup may be beneficial, depending on the type of soup and the rest of your diet. Soup may be a nutritious and easy dinner alternative, but it is vital to analyse the soup’s contents and cooking techniques.

Soup can assist with weight control, which is one of its possible benefits. Soup may be a low-calorie, low-fat, and high-volume food, allowing you to consume fewer calories while feeling full and pleased. This is particularly beneficial for people attempting to reduce weight or maintain a healthy weight. However, it is vital to pick soups made with lean protein sources and vegetables over those that are heavy in saturated fat and added sugars.

Soup may also be an easy method to enhance your vitamin consumption. Numerous soups are prepared using an assortment of vegetables, which can supply a variety of vitamins, minerals, and antioxidants. A tomato soup may include lycopene, a plant element with possible health advantages, while a soup made with leafy greens may be an excellent source of vitamins A and C. It is also feasible to add beans, lentils, and other plant-based proteins to soup to increase its nutritional value and fibre content.

Soup may also be a hydrating alternative, particularly when cooked with broth or water. This might be especially essential for those who have trouble achieving their fluid demands through other foods and beverages.

In conclusion, eating soup daily can be a healthy and practical alternative, but it is vital to select soups produced with nutritious components and to consider the rest of your diet. To ensure that soup is part of a balanced diet, choose low-sodium varieties and incorporate a range of other nutrient-dense meals.