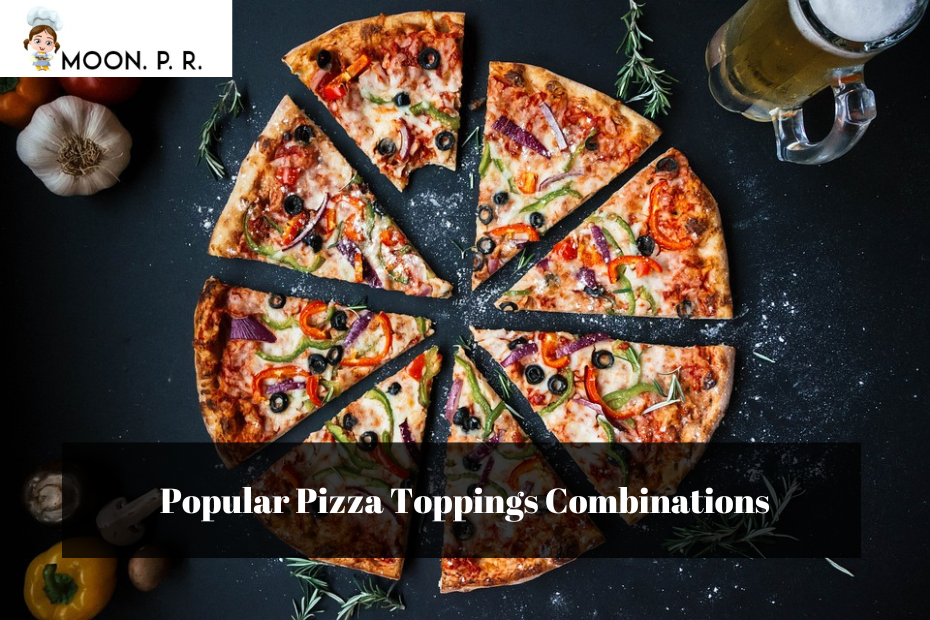 It is difficult for us to discuss every single item that has ever been used to top a pizza; nevertheless, we are able to demonstrate how all of those toppings work together to merit their own names, such as the supreme, the meat lover’s, and the Hawaiian.

These combinations are not set in stone, as most pizza shops have their own unique pizza recipes, but these are the toppings that are often available when ordering a pizza at the restaurant.

Are you curious as to what toppings come on your go-to pizza style? Find out right away.

The traditional toppings for a meat lover’s pizza include any roasted, baked, brined, or grilled cuts of meat that are currently available in the kitchen.

Although pepperoni, sausage, and bacon are considered to be among the basic pizza toppings, there are many more options available, including ground beef, ham, spicy pork, meatballs, and even steak. If you are a fan of meat, this is the perfect opportunity for you.

It’s basically all the key toppings touchstones combined together on top of one pie, which is just as delicious as it sounds like it would be. The customary toppings for a pizza include pepperoni, green bell peppers, olives, onions, and sausage, but there’s no reason the fun should end there.

Some of the greatest topping options for pizza may also include roasted garlic, mushrooms, jalapenos, ham, meat, tomatoes, and other ingredients. When contemplating the consumption of such a monstrosity, moderation is the last thing that you should be thinking about since supreme pizzas can and should be considered of as edible manifestations of hedonism and indulgence.

It would be a pity to leave out a vegetable combination for this list and to say that the toppings for vegetarian pizza cover a wide range of possibilities would be an understatement. Think of toppings like mushrooms, green peppers, onions, and black olives when ordering a veggie pizza. Veggie pizzas can be topped with anything from the garden that is easily available to the pizza cook.

Other daring additions include roasted tomatoes, garlic, green olives, spinach, broccoli, and a variety of other vegetables. This is a guaranteed selection of ingredients that will appeal to people of varying tastes and preferences, despite the fact that there will never be an agreement among all people on the finest toppings for veggie pizza.

The Buffalo Chicken Pie is a delicious take on the traditional wing-and-sauce combination, but it’s baked on top of a familiar pizza crust instead.

The chicken breast cutlets, which may be grilled or fried, are the main attraction here. After that comes a combination of Monterey jack and mozzarella cheeses, along with spicy sauce and ranch dressing. In more sophisticated preparations, the blue cheese crumbles, blue cheese sauce, spring onions, and maybe even a custom mix of local hot sauces may all make an appearance.

On a BBQ chicken pizza, you may blend some of your favorite Southern barbecue flavors with the buttery goodness of pizza for those of you who are fans of barbecue.

Before being topped with grilled or pulled chicken, the pizza is covered in barbecue sauce instead of marinara sauce and dusted with a cheese blend. The chicken is then placed on top of the pizza. You are going to adore the sour taste.

You’ve probably heard of the chicken bacon ranch taste combo by now since it’s become increasingly popular across our great nation. There is nothing inherently undesirable about any one of those components, but when they are brought together, they produce a result that is quite remarkable.

This pizza features a topping combination of grilled or fried chicken, pieces or strips of crispy bacon, cheddar cheese, and a generous amount of ranch dressing.

Although this topic has been discussed previously, there is no valid reason why this legendary pie should not be brought up again. Hawaiian pizza has thrived and prospered in many restaurants and enormous franchises throughout not just the U.S., not just North America, but throughout the entire world. The key to the longevity of any food trend is finding the right balance between sweet and salty flavors, and the combination of ham and pineapple is an excellent example of this. The Prime Minister has given his blessing.

The white clam pizza is served with only a traditional cheese mix and no sauce. It is then topped with roasted garlic, pecorino romano cheese, and fresh clams that have been boiled in a sauce made of garlic, white wine, and butter.

The idea of putting pulled pork over pizza may seem sacrilegious to some people, but barbecue aficionados will be shocked and thrilled to discover that this taste combination actually works. As in, it truly does the trick.

Before the pulled pork is added, the basis is a sweet and spicy barbecue sauce, and then several kinds of cheese are sprinkled on top of it. If you add some red onions to it, you’ll have yourself a party in no time.

There is an astounding variety of toppings available for pizza these days, and there is no shame in admitting that one is intimidated or helplessly overwhelmed by the sheer number of options that are available to them.

On the other hand, the adage “more is more” is both figuratively and literally accurate. The Thanksgiving meal is used as toppings for Fellini’s pizza in Rhode Island, which is the restaurant’s specialty pie during the holiday season. The taco pizza offered at Tony Baloney’s restaurant in New York City consists of actual tacos that have been individually prepared and arranged next to one another in a ring around a pool of guacamole. This is all served on top of a pizza base.

One can reasonably draw the conclusion that there is something available to meet the needs of each and every person. It is reassuring to know that the best pizza toppings are out there somewhere, ready and waiting for you, no matter who you are or where you are in the world.